First, how to download it and set it as default

As you may have suspected, the first thing is to download FLauncher, which is completely free and is available on Google Play. If you have a TV or Chromecast with Google TV, you must go to the tab of Applications and search for it.

After downloading it, touch configure it as system default launcher so that instead of booting up with the classic Android/Google TV look, it launches with the FLauncher one. For this, it could be enough to press the button home in the command to get the option, but if not, you must follow these simple steps:

Your apps. And that’s it

We already said that the minimalism is what prevails in FLauncher. Mainly we find a main tab with an interface very similar to that of systems such as tvOS (Apple TV). In this the apps placed in rows of 6 with their respective original icons.

Depending on whether our Android/Google TV is native to the television or not, we may find ourselves some quick tv tweaks. For example, access to its quick configuration, change of tickets or guided access for people with vision problems.

The interface can be further customized and some useful shortcuts are added that you might not normally have on Android/Google TV.

Regarding the customization settings of the launcher, located in the upper right part, say that several actions are allowed such as power move categories of applications that are typical of the TV and those that are not, and even create a new category. Also set a wallpaper colored or with images from Unsplash, as well as show or hide apps from the main view.

Other additions that FLauncher integrates are shortcuts when pressing and holding an app from its icon, apart from the one to open it, of course. This launcher allows us to reorder the app with this action, hide it from the main view, remove it from its respective category, obtain information about it and uninstall it.

As contradictory as it may seem, and as you may have already seen if you’ve already installed FLauncher, this application is completely free. However, the most striking of all is that does not include a single ad.

Another point to note is that nor does it use our data as currency, which is also common in free apps. Therefore, little more can be asked for in this regard compared to other launchers that, no matter how good they are, offer some type of payment or advertising.

Also, it also does not integrate personalized recommendations of the system that, for example, Google TV, integrates in its upper part. This can be a negative if you are one of those who take advantage of these tips, but it will certainly be a relief if they were nothing more than a hindrance in your daily use of the television.

FLauncher is an open source app and, despite the fact that it has some element to polish in terms of performance, it works quite well in general terms.

Also, it’s a open source apps, so “anyone” can contribute to its development. At the moment, and despite having been around for a while, it is still in the development phase and hence it could have aspects that still need improvement. Be that as it may, in our use we have not experienced any poor performance.

As a negative point, we must say that it is somewhat slower than the native launcher, but not on a regular basis. It is especially noticeable when turning on the TV, as it takes a few seconds longer than the Android/Google TV launcher itself. Nevertheless, it’s not dramatic neither, so it does not affect that performance approval that we have previously given.

In customization options there is nothing written and this launcher may not convince you, it may work poorly for you or you simply want to return to the original of your television. As you may have imagined, can be removed without much problem And without even having to go into the settings.

All you have to do is go to the app icon from FLauncher itself, hold down the main button on the controller and then click on Unistall. The app will be deleted immediately and the native Android TV or Google TV launcher will be the main launcher again. And, of course, you can reinstall FLauncher whenever you want. 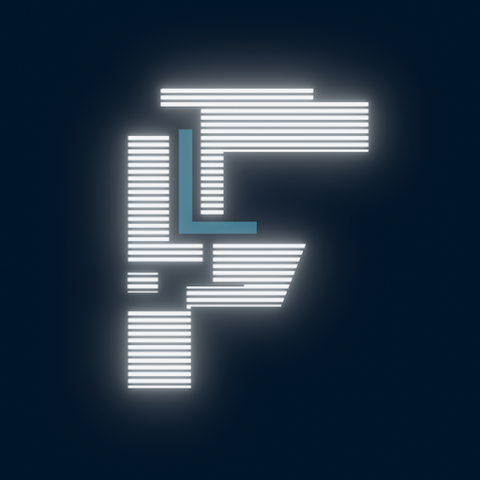 Twitter also ‘copies’ TikTok. Although he may regret it as...

What happened to Tamara Falcó’s WhatsApp so that she published the...

The Google Lens translator does more magic with this novelty that...

You’ll be able to rest from WhatsApp calls: the app will...

The next WhatsApp revolution begins to be available: these are the...

Communities arrive on WhatsApp: we test the hypervitaminated groups, they begin...

Netflix goes to the limit with free games for subscribers and...

WhatsApp will improve video recording with this novelty